You are here: Home / Our networked world / Mobile devices / Life Becomes a Dream

I have many times had the dream that I signed up for a course and now it’s the first day of finals week, and I say “oh shit I have this final tomorrow and I never went to the class.” This particular anxiety dream plagued me until I was maybe 40 years old. I hear that variants of this dream are very common.Well it happened in reverse in real life last week when I went in for a placement exam and the room number I was given (by email), #219, didn’t exist. The highest number on the second floor was 213. I had waited until 10 minutes before the exam to locate the room, knowing that this would be plenty of time.

Earlier, at 6am that same morning I woke up thinking “I haven’t really prepared for this exam because I’m not sure what the exam will consist of.” It was a placement exam for music dictation. So at 6am I got out of bed in a bit of a sweat, and found practice exams online, and I took 10 of these practice exams (they’re short). And I did very well. By 7am I realized that months ago I had investigated and I really did know what the exam would be like — so this had appeared to be a bit of unwarranted panic.

However, when I could not locate room 219 a real moment of panic ensued. Moving quickly, I went up and down several flights trying to understand where this room had gone…or what other room the exam might be in. I reopened the email (on my phone) and it did say room 219. Not knowing the building very well, I ended up going in circles a couple of times and lost track of exactly which floor I was on. The minutes passed. I know I came all the way around the second floor three times. Finally I dropped into an office on the second floor and asked “Where’s room 219?” Stumped, the person helped me search, going up a rear stairway, and eventually found that 319 did exist and that’s where students were seated for the exam. I was only a minute late.

Luckily a placement exam isn’t a final exam, but I was flustered enough that I wasn’t able to really pay attention for quite a while until I settled down. 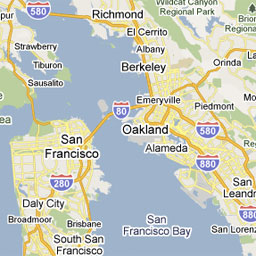