You are here: Home / Organizations and Sociology / Communicating / Companies must go where their customers are

Companies are using social media to “be where their customers are.” In this panel, sponsored by Omobono and East of England International, up in Cambridge on Friday, Susan Bratton talks about this important change of orientation which more and more companies are putting into practice.

Earlier, in London, some of us had similar conversations with companies who are implementing social media strategies to be in closer touch with their customers. One of the companies I spoke with, in a conversation held under Chatham House Rule (meaning “not for attribution” or “off the record” in US press terminology), the head of customer support told me he had opened a Twitter account, reviews around 500 tweets a day, and helps between 10 and 50 dissatisfied customers resolve problems they’d been having with his company. This apparently takes him only a small amount of time (an hour or two, from what he said) and generates a huge amount of goodwill at very low cost, for his company.

I’ve been advising my clients for at least the past year to not worry about “attracting eyeballs to their web site” but instead to focus on making there presence felt “wherever the customer lives online.” In the case of my customers this means setting up Facebook fan pages and Twitter accounts, and then using those to engage in genuine conversations with customers – not one-way marketing-speak.

Oops, almost forgot – listen to what Susan has to say about all of this! 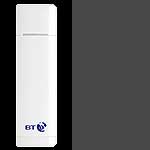