You are here: Home / Debris / Finding your way 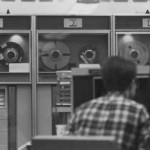 I was watching Charlie Rose interview Paul Farmer tonight and I thought, “gee I was going to become an M.D. when I was an undergraduate in college, and it would have been so nice to have that M.D. and then be able to go do other things if I wanted to.” But then I did a double-take and realized that I was truly fortunate to realize while an undergraduate that what I really wanted to do is become part of the “core” of those working on Computer Science in its early days.

Compared to today, 1963 really was the early days. It was pre-Internet. It was pre-Ted Nelson. It was pre-Doug Engelbart. And so forth. And getting a PhD in computer science back then was really an adventure in the unknown. Most of what we regard as Computer Science was unmapped in those days.

So some unaskedfor advice to my readers. When you find yourself saying ”I think I should do X but I really like Y” please pay attention to what your intuition is telling you. Don’t waste your time doing what someone else thinks you should be doing. Above all, be realistic, but give great weight to what your intuition is telling you, because it’s very likely right about it.

“Your time is limited, so don’t waste it living someone else’s life.”

P.S.: In 2015 I decided to augment my computer science career by studying (music) composition for a year at the San Francisco Conservatory of Music. [Read more]

Join us July 5th, in London, for a tweetup