You are here: Home / Debris / In case of emergency, shut eyes and stagger in the dark 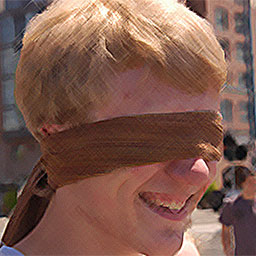 Looking back at some of the talk in the halls of the US Congress for about the last year, particularly about clarifying (or solidifying) Executive branch (they’re saying the President) authority to shut down some Internet capabilities in the case of an emergency[1. a) limiting access in time of {cyber} war, b) former CIA Director Michael Hayden in LA Times, c) President Bill Clinton’s plan, d) the flap over a possible (but not really proposed) Internet Kill Switch], such as a cyber-attack, makes me think that humans are fond of just shutting their eyes when faced with danger.

The knee-jerk reaction to a computer attack, if you’re sitting at home, might be to pull the plug on the computer, and although that might make sense in some cases, turning off Internet functionality in the case of a national or regional emergency could effectively shut down emergency services and civil defense operations. If someone shut down the Internet, then those who run the Internet could no longer talk to each other to fix the problems…except by telephone, let’s say, which most likely would also be impacted by a network shutdown. It’s clear that in the US, as well as many other countries, the President (or other leader) has the authority and ability to shut down these communication channels—including all telecommunications— under certain circumstances, but that’s a very blunt instrument.

It would, of course, also shut down commerce and finance for the duration of an emergency, as well as way beyond that. The aftermath could dwarf the current economic downturn.

October’s a fun month. It is National Cybersecurity Awareness Month in the US, which I discovered before the fact but have seen little publicity about, and I  doubt that it’s causing people to get fewer viruses this month.

How people do odd things in emergencies was demonstrated for me during last week’s California duck-and-cover emergency drill [2. The Great California ShakeOut] when the sirens went off here in San Francisco, and I checked in on the amateur radio net to see what was happening (and to report status, which is what we do when the sirens are tested on Tuesday mornings). Now, of course this wasn’t a real emergency—it was a simulation—so it’s different. But I discovered two things: first, the regular net where amateurs check in during a siren test was in disarray and nobody took on the net control role, indicating that nobody was ready for an unscheduled emergency; and second, on the ACS[3. Amateur Communications Society, the more “official” city-sanctioned emergency radio operators] network, where people were checking in as they were trained to, the major question was “did you receive the SMS and the email indicating the alert?” If there were some kind of civil emergency someone had shut down the Internet, there would have been no alerting of a large portion of the civilian emergency responders.

In case of emergency, you want to be as observant and vigilant as possible… Shutting down any portion of the Internet in the event of an emergency is like deciding to shut your eyes or put on a blindfold in the event something bad happens.

2009 Greetings- May the upcoming year open new vistas for you!