You are here: Home / Frothy Concepts / Self & Consciousness / Psychoactive bison 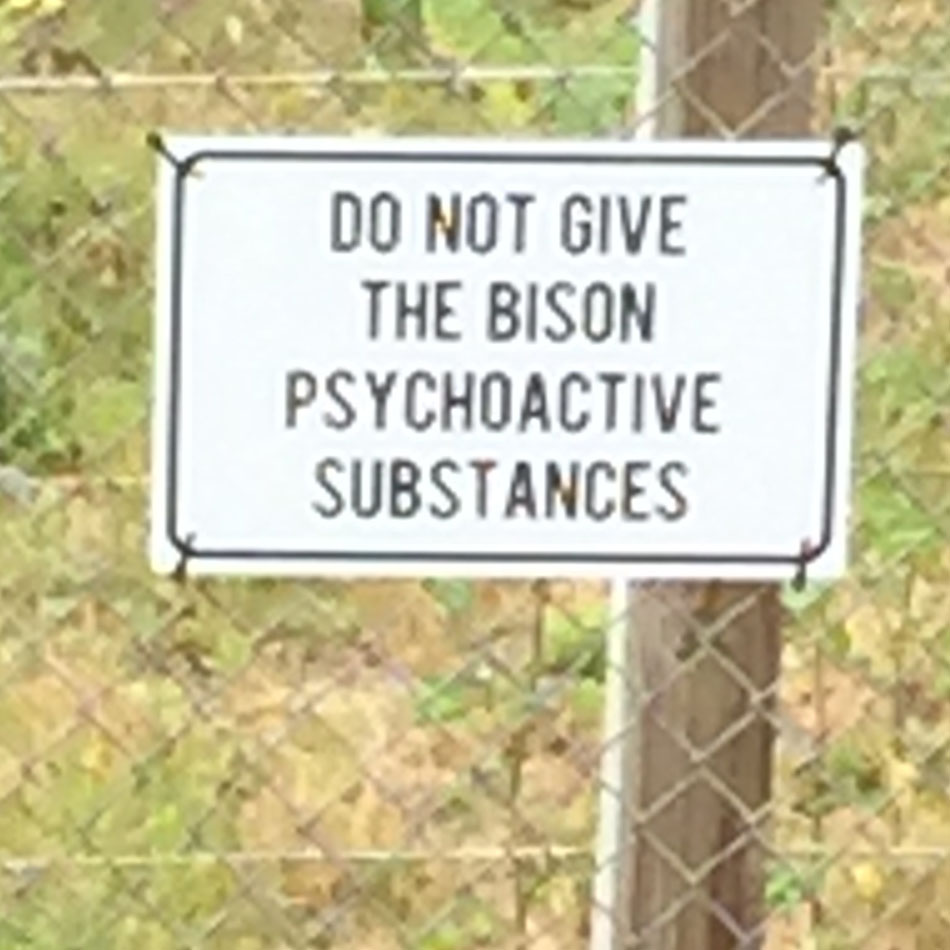 Yes, this is for real. It’s a sign posted on the fence at the Bison Paddock in Golden Gate Park (San Francisco CA USA). At least it was there last year.

No, I have no idea why the sign is there, although I suppose it makes sense to avoid giving bison psychoactive substances. Except maybe when prescribed by their vet?

The bison have been there since 1930, before San Francisco had a zoo. This small herd has remained in the park rather than relocating to the zoo at the south end of The Great Highway. 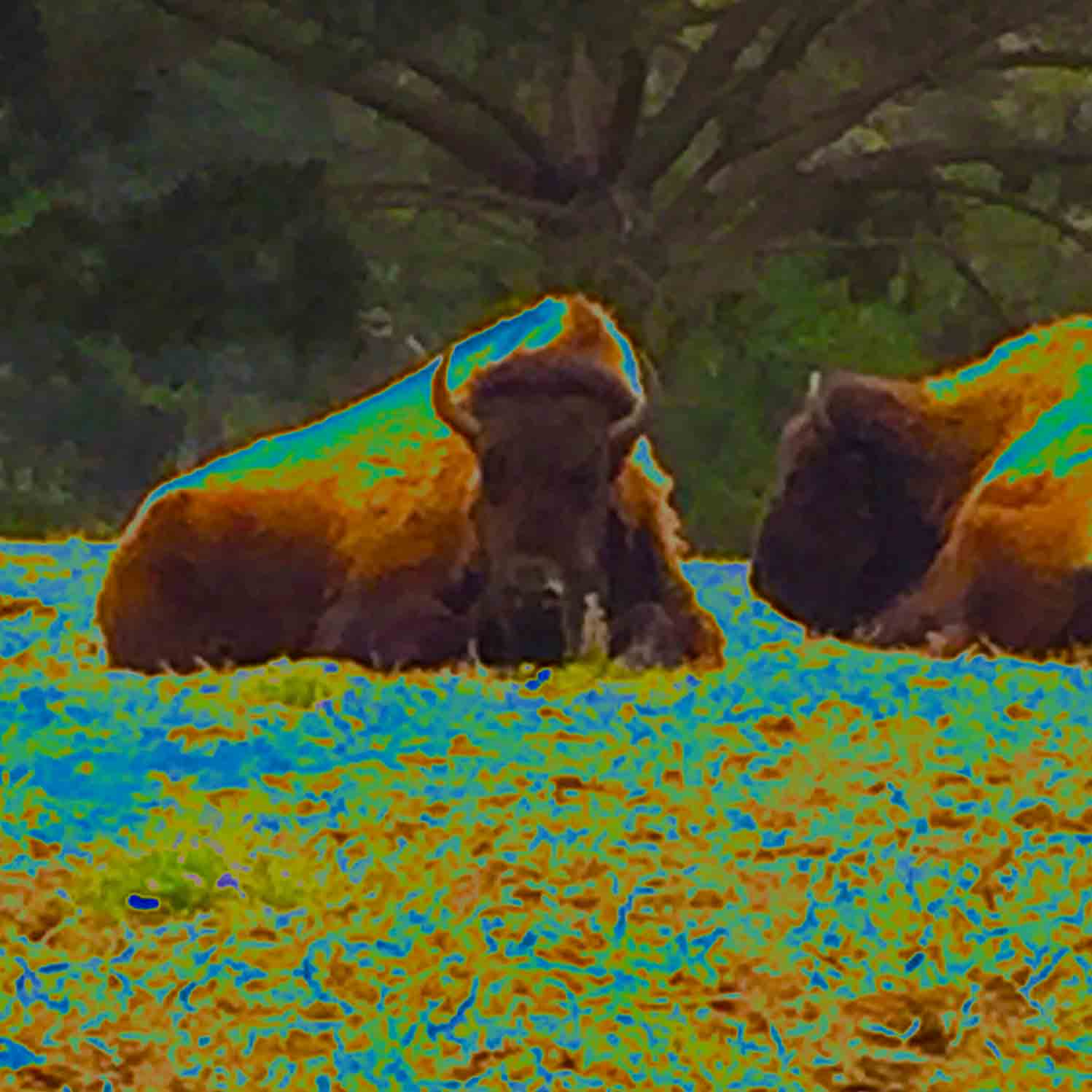 The day I visited the bison it was somewhat cloudy, so I’ve livened up the photo of the bison a little bit. This might be what it looks like to them if they’ve been given the wrong substances.

The bison are always lying down when I visit them. Not very physically active, let alone psychoactive. Perhaps they’re on meds already so they don’t realize where they are and decide to escape.

(Reminds me a bit of the plot of Ex Machina, which I watched the other night. Speaking both of psychoactive and of escape.) 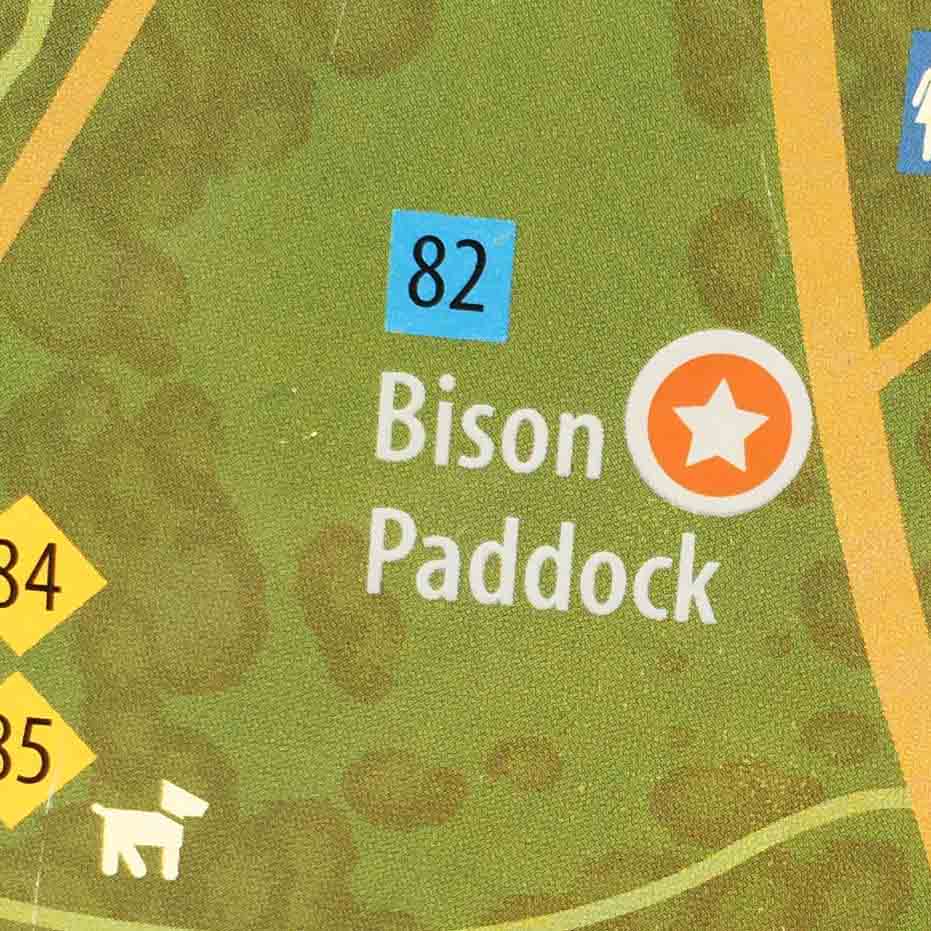 The map near the paddock shows a cute little doggie looking at the bison. I suspect the doggie would be a bit frantic if he were actually inside the bison paddock. He looks kind of relaxed. Maybe he doesn’t know where he is, thus the map. I’m not sure why he’s on the map either.

Do you hear yourself?