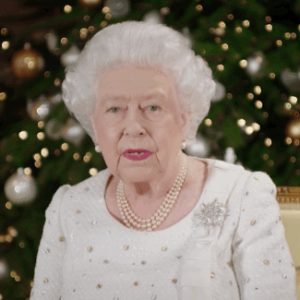 I laughed out loud at the opening “paragraphs” of The Queen’s Christmas Day Speech 2017, which I viewed today. She opens with some comments on technology – she was first on television 60 years ago, and she has lived through an amazing transformation in communication (due to computers). I am beginning to understand the “time machine” aspect of being that old (she is 91) — as she has viewed so many changes and developments. These speeches are certainly written by others — such trendy statements, and the interleaved video, unlike so many presidential addresses with the man-behind-the-desk vibe we know so well. I found it all to be a reminder of the age of the British Empire, yet fresh with hints of how Britain and London have really moved into the modern connected world. And you could see expressions on her face clearly indicating that she understood well the unique modern import of what she was saying, as well as a funny pause where certainly there must have been thoughts and words going through her head like “gads…what is this about?…gulp.”