In amateur radio circles there’s much use of digital modes to exchange information. (In olden days it was almost exclusively limited to “chatting” on the air.) At least in the circles I’m running in these days this is true. “Packet radio” involves putting a computer on the front end, which then controls the radio, connecting to other packet radio stations and transferring messages digitally. At the lowest level the software has a command-line interface (accessed via radio), and at its highest level, it is basically supporting programs that exchange email (again, by radio, not thru the Internet).

My packet radio station operates on 145.07 or 145.09 mHz (also known as “2 meters” and mail is exchanged by “connecting to” AA6AX-1 via that radio. If you need to email me about this, please use the email address packet@aa6ax.us.

The station uses a Raspberry Pi 4 as the computer, and I use VNC to view the virtual “screen” of the RasPi and interact with the system. The radio is a cheap 2-meter transceiver, and a circuit board in a box called a “TNC” attaches to the computer and controls the radio. The photo shows the RasPi (about 4 inches wide) on top of the slightly-larger TNC. Plug it all into electrical power, add a radio with an antenna, and it’s on the air.

Read more about this packet radio setup in the PDF file.

This diagram shows the components of the packet station. Most notable are the Raspberry Pi computer (the “RasPi”), with the reddish TNC-Pi on the top, connecting it to the radio. The radio has an antenna, and is connected to a power source.

The computer itself is on the local network, and the VNC software lets me view its “screen” on my own computer, and use my mouse and keyboard as if they were directly connected to the RasPi computer. It’s kind of a virtual computer. 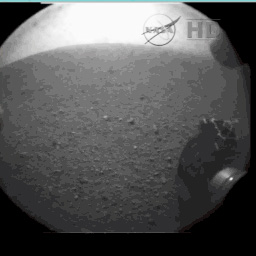