You are here: Home / Archives for Media / Video media

Hey I put some video up after our June 2nd concert and yesterday I noticed there’s a copyright claim filed against one of my videos. Sony thinks they own the “song.” Yes, they refer to everything as a song. Pretty funny that they think they own my song, considering everything is new music in the clip. What did I discover that made me double over laughing? Here (below) is the portion of my recording they say is theirs…

END_OF_DOCUMENT_TOKEN_TO_BE_REPLACED

“Max/MSP” is a computer app that implements an on-screen visual programming environment in which you can “wire” together components that make and process sound or logic. You could think of it as programming, but it’s unlike the old procedural programming you probably just thought of. It’s object-oriented, but more than that it includes many components that are paced by a clock. And the “programming” is carried out visually by creating and moving objects on the screen and patching (you might say “wiring”) them together. You might have a metronome beating four times a second, for example, and it could trigger sounds or actions that it’s wired to. END_OF_DOCUMENT_TOKEN_TO_BE_REPLACED

Wonderful (planned) musical incidents in real-life places brought to light by WQXR new York … their “Q2” music by living composers is a treat! Listen and/or donate to WQXR to keep them going. This article has to do with their annual “High Notes and Low Tones for Classical Music in 2013” awards which led me to review some videos of music-related flashmobs. This was under their Frequent Flier Upgrade section in which players from the Philadelphia Orchestra performed onboard a flight before takeoff. More and more orchestras have blogs and other ways to keep in touch. END_OF_DOCUMENT_TOKEN_TO_BE_REPLACED 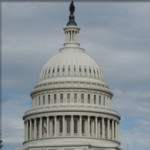 The SOPA and PIPA bills being considered in the US Congress allow blocking of domain names by someone who simply makes a complaint. Technically they apply only to non-US-hosted web sites that are pirating digital content, but once the “machinery” is in place, they could be used to block any domain whatsoever, and without due (legal) process. And also, technically, the only person who can complain and get a domain blocked is a digital (music, text, art) rights owner, but in practice this will be almost impossible to enforce.

There is no due process and no way someone who is wrongfully blocked can get themselves quickly unblocked.

And were this legislation to pass in the US, it would signal strong support for other countries similarly blocking internationally-hosted content based on their own national laws. (Many do it already, but let’s not set an example.)

Join me in opposing these bills. Notify your US Senators and Representatives.

This site will be participating in the Strike on January 18th, 2012.

Howard Rheingold has a series of videos

describing how journalists (particularly) can use online tools to create their own radars (seek out information), filters (remove the crap), and dashboards (display the information). You can see lots of other video on his video blog.

I have thought recently about writing an online book (downloadable) or even a printable book about the “plumbing” that allows bloggers to integrate lots of sources into their blogs—because most bloggers are not really technologists and it’s hard to make some of these software tools work correctly. My thought was to connect the dots and come up with a Give your blog a shot of steroids “book” that would be really useful to non-tech-savvy bloggers. When am I going to do that?

Howard’s major message right now is about 21st Century Literacies which you can view online—he and I were in London during July 2009, where he delivered that particular talk.